Jacqueline  McGowan - Jones has a long history in working in Indigenous Affairs, including with the former Aboriginal and Torres Strait Islander Commission (ATSIC).
Her experience includes roles in the Commonwealth Departments of Health; Attorney-General; the Health Insurance Commission and the National Disability Insurance Agency (NDIA).

Jac has held a variety of Senior Executive roles in a range of business and industry sectors, including the Community and Not for Profit Sector, both as CEO and as a Regional Manager, and she also has experience in the private sector.

In addition, Jacqueline has worked in the Departments of Aboriginal Affairs; Premier & Cabinet; Child Protection; and Education in Western Australia.

While in the role of Executive Director, Office of Aboriginal Education, Jacqueline led the development and implementation of the Aboriginal Cultural Safety Framework for Culturally Responsive Schools.  She has also worked in the Victorian and ACT Governments.

An Aboriginal woman, Jac has family connections in both Victoria and the Northern Territory.
Jac has had the good fortune of working in all Australian jurisdictions (both within their Governments, or when with ATSIC), and has lived in all jurisdictions – except Tasmania!

Jac has a strong commitment to improving lives of Aboriginal Peoples and Torres Strait Islanders and this, combined with her personal experience of family suicide, has brought her to Thirrili. 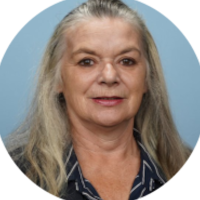