Executive Assistant to the CEO & Executive Officer to the Board

Adelle Morgan is originally from Bristol, United Kingdom. Adelle has lived in various parts of the UK, as well as spending her formative years in Sierra Leone (West Africa) and taking a post conducting English speaking lessons in Vietnam, before moving to Meekatharra in dusty Western Australia for seven years.

Adelle worked at the Meekatharra Shire and managed the Community Resource Centre for five years. A significant part of Adelle’s role of was to connect, facilitate resources, and provide support to members of the community.

Adelle has completed a Cert IV in Mental Health in 2019 to better recognise the effects of trauma in the community, after experiencing number of suicides and sudden deaths.

Adelle moved to Darwin in 2019 where she started working for Thirrili as the Executive Assistant to the CEO and Executive Officer for the Board, and now currently resides in Melbourne. Adelle has continued to commit and demonstrate the core values of Thirrili.

Adelle is passionate about working with an organisation that and promotes the wellbeing of staff and clients.

“It’s essential that I belong to an organisation that acts with integrity, puts doing the right thing into practice and works alongside people to access resources that improves their well-being and participation in community life, wherever that community may be.” 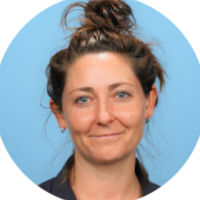