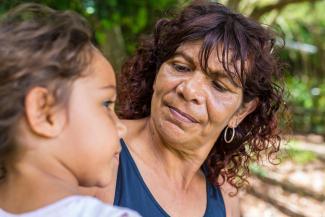 Thirrili CEO and NICRS project Director Adele Cox has welcomed the announcement by the Federal Government of an immediate injection of funds into the Kimberly and Pilbara regions of Western Australia in response to a spate of recent suicides. “No amount of money to the region will take away the pain that the families of these young people will be experiencing, but if the funding helps to stop just one young person from self- harming it will be well received” she said.

After eight confirmed suicides in the first nine days of the year, Federal Minister for Indigenous Health, Ken Wyatt, announced $3 million dollars will immediately flow to Western Australia to target measures that can decrease the loss of young Indigenous lives to suicide.

Half of the new funding will go towards ambassadors in West Australian’s hardest hit regions, the Pilbara and Kimberley. Speaking on NITV news, My Wyatt said: “Our youth has said we need to have local heroes, local role models,” Minister Wyatt said.

The Kimberley region had the highest suicide rates in the country from 2012-2016. There was a coronial inquest into the suicides of 13 children with findings to be in February 2019.