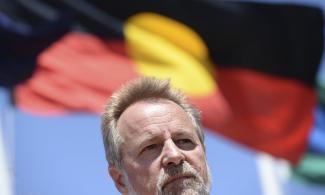 An Indigenous-run support service for families affected by suicide or trauma has been given a $10m boost after a successful trial in Western Australia, the minister for Indigenous affairs announced at Groote Eylandt on Monday.

The Critical Response Service, which coordinates existing services to properly and culturally appropriately assist families in distress, is set to be expanded into the Northern Territory and South Australia this year before a national roll out.

“Every suicide is a tragedy and the effects on tight-knit Aboriginal and Torres Strait Islander communities are often more profound – contributing to the clusters of suicide and self-harm that we see,” Nigel Scullion told Guardian Australia.

“Straight away we go in where there’s been an event, like Elijah in Kalgoorlie... with these tragic circumstances. They are a trigger and we’ve worked out how triggers gather. Then it’s a critical response services to to go to the family and put them at the centre of the support response.”

The service is funded through the Indigenous advancement strategy and is led by Adele Cox, a Bunuba and Gija woman from the Kimberley region of WA, with extensive experience in suicide prevention work. The West Australian pilot responded to about 30 incidents last year.

Families didn’t know where to go, Cox told the ABC. “There are so many families and communities who were not being provided with the right sort of support with regard to response times as soon as a suicide or a traumatic incident occurred,” she said.

The rate of Indigenous suicide, particularly in remote communities, is among the highest in the world. In Australia the suicide death rate was double that of non-Indigenous people.

Hospitalisations for self-harm and the rates of Indigenous adults reporting high or very high psychological distress rose in the years to 2014-15, according to the Productivity Commission.

Scullion said government reviews had revealed “myriad” support services from different groups and agencies but they did not have adequate coordination. “The effect is that people fall between the cracks”.

The trial in Western Australia, as a component of the Aboriginal and Torres Strait Islander Suicide Prevention Evaluation Project, had been successful in bringing services together, Scullion said.

Scullion said the service would exit an area once the existing services – many government funded – were coordinating better. The government was also implementing mental health first aid training among Indigenous affairs department and sector workers he said.

“It’s about lifting the capacity of communities to understand and help. Have we fixed the environment to reduce poverty? No we haven’t and we have to acknowledge that. We need to work on the precursors.”

A suicide researcher, Gerry Georgatos, said eight in 10 suicides under the age of 12 were Indigenous children. His research showed a direct correlation with living in poverty and high rates of suicide, he said.

The service, which Georgatos is assisting with, was a “step in the right direction”.

“In the end we trialled it for one year in WA and we’ve been able to improve the lives of many affected families,” he said.