Tim Goodwin is a barrister and practices primarily in the areas of commercial and public law. Prior to joining the Bar, Tim worked at Allens as a solicitor in commercial litigation, banking and finance.

Prior to this Tim served as Associate to Justice North and Justice Bromberg of the Federal Court of Australia. He also served as Foreign Law Clerk to Justice Skweyiya of the Constitutional Court of South Africa. Most recently Tim was a Junior Counsel supporting the recent Royal Commission into Protection and Detention of Children in the Northern Territory.

Tim has a Bachelor of Arts and Laws (with Honours) from the Australian National University and a Master of Laws from Harvard Law School.

Tim is a member of the Yuin people of the South East Coast of New South Wales. He serves on a number of boards, including the Victorian Equal Opportunity and Human Rights Commission. 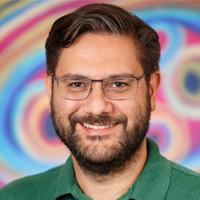